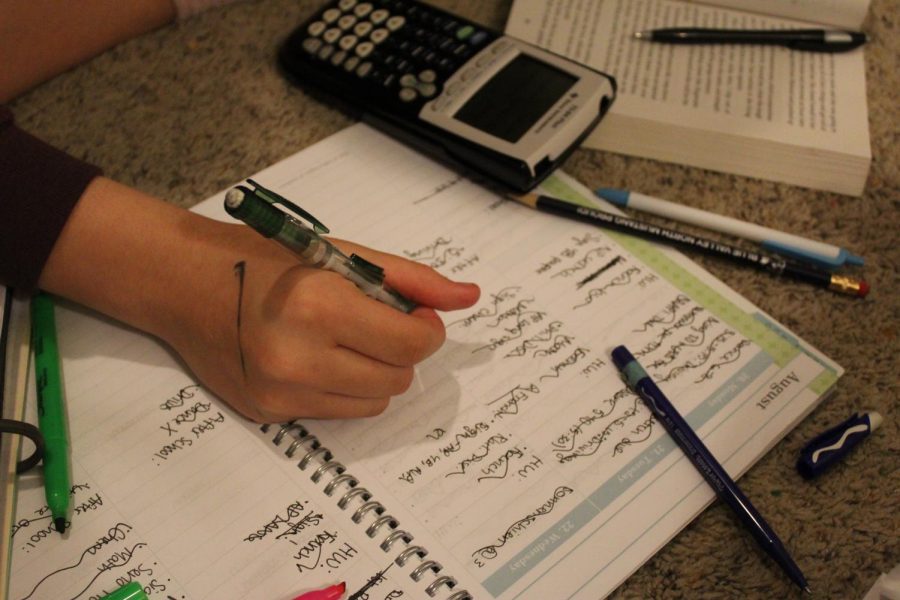 According to the Center for Disease Control and Prevention, Attention Deficit Hyperactivity Disorder, otherwise known as ADHD, is one of the most common neurodevelopmental disorders in children. The disorder may cause those affected to have trouble paying attention, controlling impulsive behaviors or be overly active. While ADHD is most commonly diagnosed during a child’s developmental years, the disorder can carry on into high school and beyond.

As students progress into their adolescence, the disorder may hinder the individual’s ability to keep up with their classmates. In order to understand how this disorder affects students, school psychologist Dr. Mark Kenney explained how symptoms may take effect throughout the school day.

“Students with attention deficit issues can’t bring themselves back, they lose focus so frequently that it impacts their ability to be successful in an academic environment,” Kenney said.

When an individual’s ability to stay up to speed with their peers is affected by their inattentiveness or hyperactivity, an outsider may consider ADHD as the cause. In order to begin to help a student that has the possibility of having the disorder, a person that is habitually around the individual is commonly able to recognize the probability of the disorder, according to Dr. Kenney.

“It’s typically a lot easier to identify by teachers or parents or anyone around them because the activity is another indicator of their lack of attention for what is going on,” Kenney said.

One such student is senior Gretchen Ellis who was diagnosed with ADHD in sixth grade. Her parents had wondered if she was affected by the disorder since she was a child, but took steps to obtaining a diagnosis when she was entering adolescence.

“My parents had always figured that I might have it; from a young age, I showed symptoms, but not until someone in my family was diagnosed [did] they [think] of going to the doctor, so that’s when I went to a psychologist to get diagnosed,” Ellis said.

Even though Ellis was diagnosed with the disorder when she was in middle school, she continued to experience the symptoms of ADHD. The disorder affected both her attentiveness and activity level.

“I have combined type, so I have both the hyperactive and attention stuff, so often with me, I’ll all of a sudden start talking about things and get totally off topic really quickly and that’s just how my brain works, connecting all those together or I’ll think of a different idea for something, like a completely different way to approach something… ‘cause that’s how my mind works,” Ellis said.

When confronted with this reality, Mannino began to question his own abilities. He began to express his concerns to his father, resulting in an agreement that he should seek professional help.

“I originally didn’t know what to do, I thought it was a problem with me or that I wasn’t focused enough or being lazy,” Mannino said. “I kinda brought it up to my dad and on some parts he agreed… but he kind of always had a hunch that I had ADHD.”

Whether an individual is a child or teen, they may still experience the symptoms of inattentiveness and hyperactivity. No matter the age, a person with these symptoms may be diagnosed with ADHD by a qualified professional.