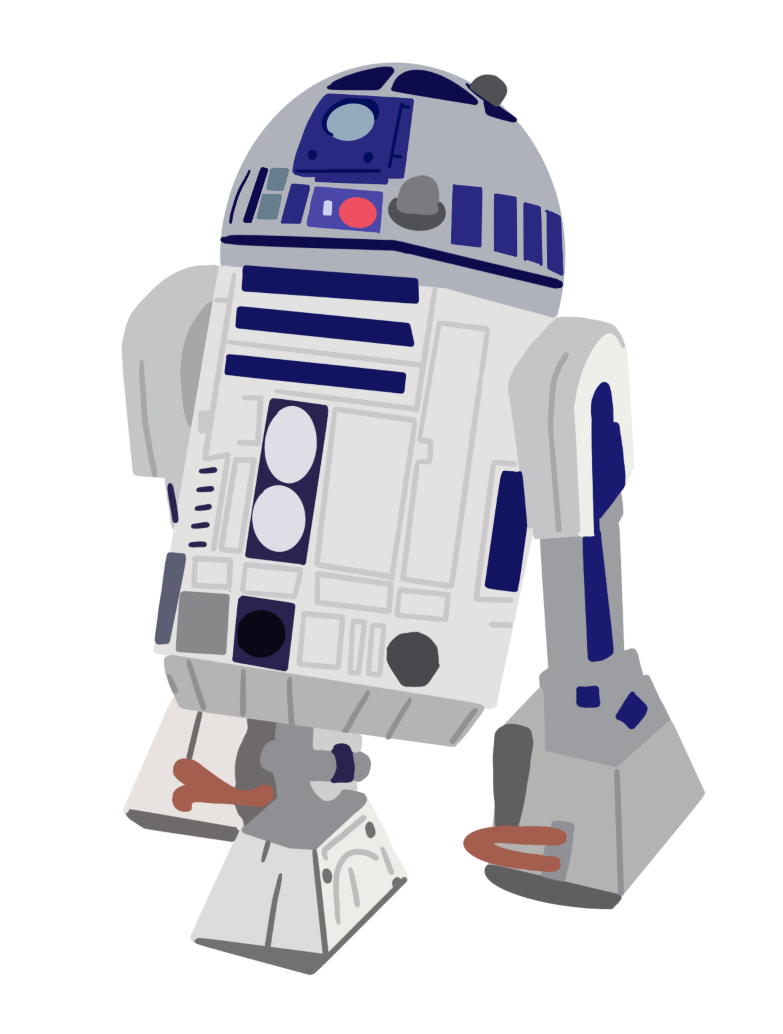 The name Star Wars has been engraved in every generation’s mind for the last four decades. Throughout the Saga, some are considered classics while others made audiences wonder what was going on in “Director” George Lucas’ head. Which one is the best? Which is the  worst? Here, the long debate is tackled, as the Skywalker saga is ranked from worst to best.

Now that I have established the good aspects of the movie, let’s dive into why I’ve ranked it as the worst Star Wars movie. The main problem with The Phantom Menace is just how boring and slow  the entire plot is. The story starts off with a trade negotiation (in a sci-fi movie?) and follows nine year-old Anakin before he does anything remotely important, which is not very captivating. The only interesting part is Darth Maul (who comes out for less than 15 minutes), and his fight with Qui-Gon Jinn and ‘Obi-Wan Kenobi.’ Unfortunately, you have to wait more than an hour to reach it.

Backed by John Williams’ “Duel of the Fates,” the fight scene mentioned is one of the most memorable lightsaber battles. The rest of the movie however, is truly a “menace” to the franchise, and it’s all due to the lack of story, bad acting, terrible CGI and the introduction of an atrocious, humanoid amphibian.

Attack of the Clones introduces us to the whole mastermind plan of exterminating the Jedi. We follow ‘Obi-Wan Kenobi’ as he tries to find the assassin who tried to kill Padme, only to find an army of clones created to work for the Republic. Getting to know who the clones are was an important issue to address. Plus, the interaction between ‘Obi-Wan Kenobi’ and Jango Fett in the raining planet of Kamino is worth watching.

This movie is still a terrible film. One of the reasons being, Attack of the Clones has one of the worst romances in cinematic history. The relationship between Anakin and Padme is unnatural and forced. After Anakin confesses his feelings, Padme turns him down, only to confess back after even though she knew that he slaughtered a whole village of Tusken Raiders. The “romantic” story has terrible dialogue, and is definitely not “smoother than sand.” In addition, Hayden Christesen’s acting is so bland and lifeless, that we just can’t take his character seriously. On top of that, the movie also has a painful amount of boring scenes of the galactic senate (like we don’t get enough of that in our world). Similar to The Phantom Menace, this movie has dreadful acting and CGI, making the film hard to enjoy.

J.J Abrams” The Force Awakens brought all Star Wars fans to excitement, as it was the first Star Wars movie in ten years. But the movie failed to live up to its hype, as it was basically a remake of A New Hope. A lonely main character on a sandy planet goes on an adventure with the help of some rebels, and fights an evil space station that can destroy planets. A New Hope and The Force Awakens both have the same plot.

Another huge problem is that Rey is incredibly strong, with no explanation as to why. This is shown in the duel between Rey and Kylo Ren, and although the scene is beautiful, it makes no sense. Rey, who has never picked up a lightsaber before, defeats a sith who trained in the force for more than a decade. She may have  just been a natural, but it took time for Anakin and Luke, who are both extremely talented, to be able to defeat or even hold a chance against the dark side.

It is still barely ranked higher than Attack of the Clones because the movie itself was not boring since it has the plot of the movie that started Star Wars. The CGI is not bad, the acting is good and it was nice to see Han Solo return to the big screen, as well as other familiar faces.

The Last Jedi provided us with Rey’s training and brought back the original Jedi, Luke Skywalker, as well as The Battle of Crait a.k.a the Second Battle of Hoth.  It showed exciting moments like the team up between Kylo Ren (dark side) and Rey (light side) against Snoke’s guards. Also, Andy Serkis’ acting for Snoke was on point. However, it is far from being an exciting Star Wars movie.

The biggest issue with this movie is that it completely changed Luke Skywalker’s character. In the Last Jedi, it is mentioned that Luke trained Ben Solo, and after he saw darkness and hate inside him, he tried to kill his nephew. This did not happen, which led to Ben running away to become Kylo Ren. This is the same Luke that tried his absolute best and went out of his way to bring his father back to the light side. Darth Vader was submerged in the dark side, and it seems out of character that Luke would give up so easily on his nephew before Ben did anything. Luke is not someone who would drown in his guilt and go into hiding, but would try his best to help save the galaxy from an imminent threat.

Unfortunately instead of trying to fix his mistakes, Luke becomes too busy milking sea cows.

This movie had the pressuring role of wrapping up the entire saga and for the most part, The Rise of Skywalker does a solid job of this. One of the best things it did was fixing the flaws in the sequels. The movie explains that Rey is actually the granddaughter of Palpatine, who is one of the strongest force wielders in the galaxy. This makes it more reasonable to believe that Rey could possibly defeat Kylo Ren. The scene with Luke’s force ghost lifting his X-wing Starfighter was a very satisfying final goodbye to the Jedi, and it was nice to see a little callback from The Empire Strike Back. The movie also has amazing design, from the Palpatine’s sith fleet, to the intimating Sith Troopers, to make it an enjoyable movie.

The original trilogy was put to an end in Return of the Jedi, and did a fantastic job. The ending of the movie is so close to perfect.  Darth Vader’s heroic sacrifice and his proper funeral, really shows that Anakin Skywalker died as a Jedi.

Emperor Palpatine is introduced as the big villain and Ian McDiarmid does an incredible job of showing the sheer evil of the emperor. Everything that happens inside the death star is very intriguing. From Luke’s fight with his father to him tossing his lightsaber away, shows how he went from a whiny kid to a Jedi with willpower, not letting anger consume him.

Although following Luke is thrilling, the rest of the movie is boring and silly. It became inconsistent when the movie shifted from a dark moment with the emperor to a forest war where cuddly teddy bears are fighting a highly developed empire. Some characters like the Ewoks and Jabba the Hutt look unrealistic as well. Some argue that Ewoks served the purpose to amuse the children, but this is the same movie where a giant slug gets choked to death.

Revenge of the Sith explains how Anakin was completely turned to the dark side, and how the Jedi fell. With the dark side consuming Anakin It was nice to see something different from the typical sci-fi superhero film, where the hero always wins. The movie overall is very dark as the Galactic Republic falls. The scene with Anakin marching up the Jedi temple to execute order 66, is very emotional. Towards the end, “Obi Wan Kenobi” and Anakin’s duel on the fire planet, is very heartbreaking, as fans get to see two brothers who fought together for a long time, fight each other. The beginning of the space war draws excitement to the screen and draws the audience’s attention. Throughout the movie, there are many good lightsaber duels and space battles, making it a great sci-fi movie.

Luke’s adventure around the galaxy is one of the best representations of a “hero’s journey.”  It still has enough new ideas to make it unique. The different planets and its strange alien inhibitors, created a whole new atmosphere for the audience. The rush into action of the Star Destroyer catching up to the Tantive IV draws the audience’s attention. Additionally, Vader’s entrance with his iconic breathing instantly left fans in awe and terrified. This movie also introduced everyone’s favorite space pirate Han Solo in the incredible setting of Tatooine. The movie has amazing writing and acting, which made the fans fall in love with these characters.

Finally, Irvin Kershner’s The Empire Strikes Back is a fine example of a sequel that is better than its predecessor. Along with great acting and dialogue, the movie provided great action and character relationships. The movie is responsible for the most iconic plot twist in cinematic history, revealing that Darth’s Vader is Luke’s father. Their fight is intense, and seeing Luke get beat up after all of his training was emotional. The romance between Han Solo and Leia works, as it shows a great example of opposites attracting. Other icons such as Lando Carrissan and Boba Fett add on to the great character plot the movie offers.

From a giant battle on a snow planet, to Luke’s face off against his father, The Empire Strikes Back has everything a great Star Wars film needs.