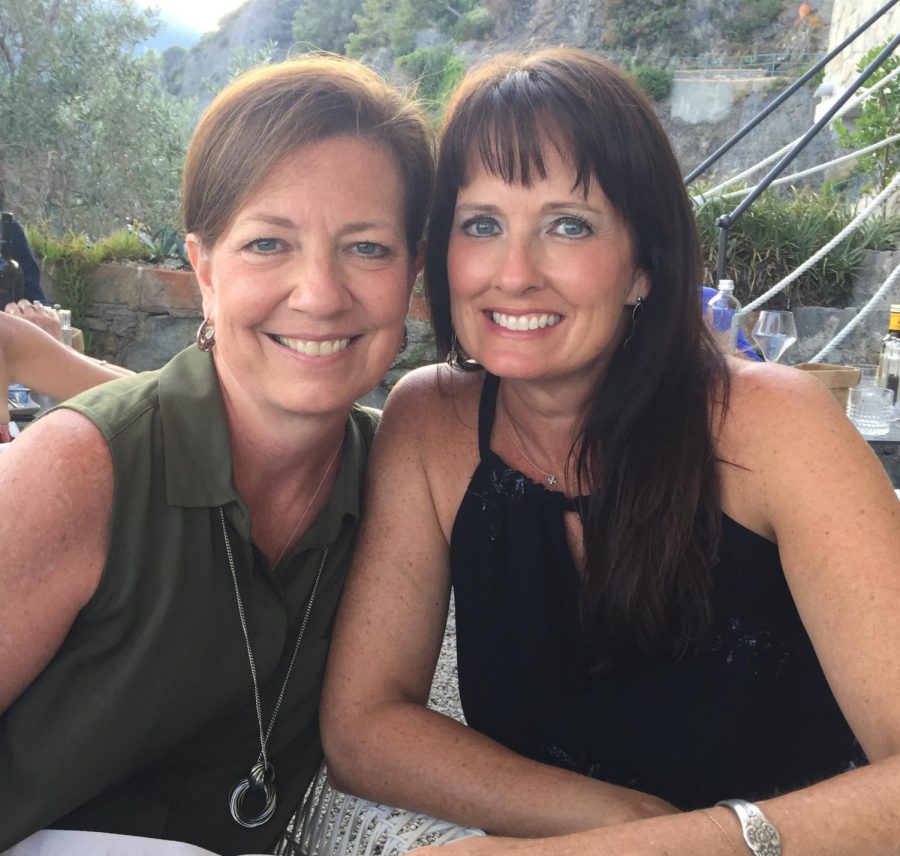 Jodi Johnson and Caroline Wills while vacationing throughout Europe.

High school and the winding, crowded hallways of BVN can make finding friends seem daunting, even for teachers. But, through shared life experiences and interests, a classmate or colleague can become not only a close friend, but a travel companion, concert partner, and bright addition to an otherwise difficult day.

French teacher Jodi Johnson and math teacher Caroline Wills first met soon after Johnson started teaching at North in 2006. Their friendship, immediately starting from shared life experiences, has grown through working together and their passion for music.

“We have a lot in common. We like to do the same things, we like the same kind of music, and we love to go to concerts,” Johnson said.

Wills, an avid Bon Jovi fan, took Johnson to her first Bon Jovi concert. The two, along with math teachers at North, have plans in September to attend the Billy Joel concert.

“We have the same lunch, so a lot of the time she, some of the other math teachers, Señor Allin and I will all end up in the lounge eating lunch together,” Johnson said. “But sometimes, during the school day, it’s too busy and crazy.”

However, restrictions during the day don’t keep the pair apart. Taking advantage of weekends and summers where the bulk of their relationship has been fostered, this past summer, Wills, Johnson and Spanish teacher Matt Allin visited Paris following Johnson’s two-week trip with North students. It was Johnson’s first time visiting Paris without students after leading nearly a dozen language immersion trips to France.

“It was fun to get to do things I don’t necessarily do with the kids or just stop in the middle of the day and go to a café,” Johnson said.

Following Paris, Wills, her sister, and Johnson went to Italy for 10 days. They visited Rome, Florence, Venice, and Cinque Terre where Johnson spent her birthday on a beach on the Italian Riviera.

Even after returning from Europe, Johnson and Wills still enjoy each other’s company while passing each other in the halls and copy room and grading papers together while watching TV — a welcoming relationship that adds to their sense of community at North.

“It really makes a big difference in you being happy about getting up and going to work every morning,” Johnson said. “Especially when you consider the amount of hours we put in outside the building.”