The Blue Wave of 2018 Floods Congress 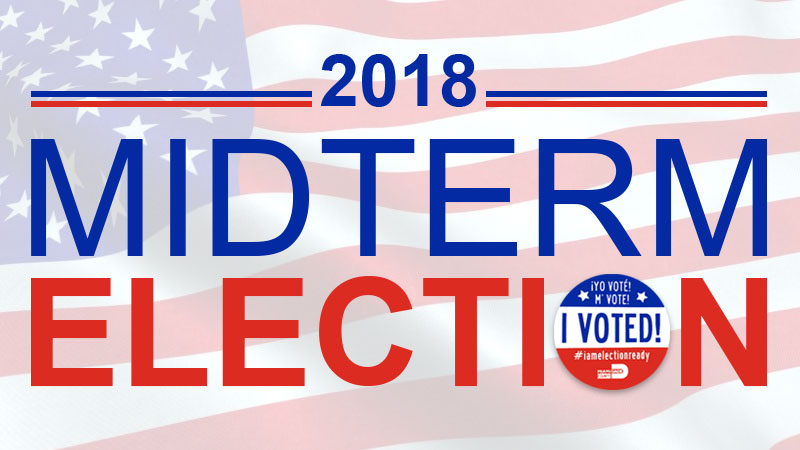 On November 6th, 47% of the eligible voting population flocked to the polls to cast their ballots, the highest turnout for a midterm election since 1966. This historical turnout rate was backed by a record-breaking 39 million votes cast in early voting and an increase in young voter (ages 18-29) participation from just 21% in 2014 to 31% this year.

While the Trump administration’s strength in rural areas left the Senate in Republican control, results from urban and suburban districts resulted in a historic shift in Congress as Democrats seized control of the House. What is being coined by many as a “Blue Wave” demonstrates voter’s clear desire for the current administration to be held accountable for new laws and past scandals as Democrats now have the ability to curb Republican bills and initiate investigations into allegations of misconduct.

In addition to holding implications on the national level, this year’s midterm election resulted in historical changes and races everywhere from the race in Kansas’ Third Congressional District—which includes Johnson County, Wyandotte County, and parts of Miami County— to the Texas Senate race.

In Kansas’ Third Congressional District, the district in which BVN students reside, Democrat Sharice Davids defeated the four-term incumbent Republican Representative Kevin Yoder. New to politics, Davids made history alongside New Mexico’s Deb Haaland as she will be the first Native American woman to serve in Congress. In addition to flipping a Congressional seat that remained in Republican control for nearly ten years, Davids is also the first openly LGBTQ+ person to represent the state of Kansas.

Davids ran on a platform that fought for a multitude of issues including access to quality affordable health care and a reevaluation of the country’s immigration system.

Democrat Laura Kelly defeated Republican Kris Kobach to become Kansas’ new governor. Kobach and Kelly both held different visions for what direction they would take Kansas in. Kobach promised a far-right approach of cutting taxes, placing restrictions on welfare, and increasing immigration restrictions whereas Kelly promised to govern as a moderate through finding stability after the Brownback years in addition to an overhaul of the Medicaid program.

In the Texas Senate race, Republican Ted Cruz defeated Democratic challenger Beto O’Rourke in a historically competitive Texas senate Race. While O’Rourke was ultimately unsuccessful, he came within 220,000 votes of incumbent Cruz out of 8.3 million total votes and mobilized Texas Democrats more effectively and competitively than seen in the recent years. This extreme mobilization has caused O’Rourke to be compared to John F. Kennedy and Barack Obama as Democrats are already discussing a potential O’Rourke 2020 presidential bid.

Below is a list of some monumental firsts that came from the midterm election:

As the lame duck of the 115th Congress slowly draws to the end and the dawn of the 116th Congress comes nearer, there have been several examinations into the implications of the midterm results. The outcomes of the midterms turned out to be neither the “blue wave” nor the “blue crush” both sides were hoping it to be – rather, the results were a Democratic victory that lay somewhere in the middle. Democrats took back the House with 235 seats compared to the Republicans’ 200. The Republicans widened their Senate majority with 53 seats to Democrats’ 47, and the Democrats have 23 governor seats to Republicans’ 27. Before the shift in power, it is important to examine the implications of the 2018 midterm elections on the future of American politics.

House
Powers of Impeachment – The House is the branch of the legislature often seen as representing popular will, having several exclusive powers, the most notable being the right to initiate impeachment proceedings and to originate revenue bills. Powers of impeachment seem especially relevant in recent debates over Mr. Trump’s actions and viability as president, and several controversies over whether or not he should be impeached.
Committee Power – Due to their organization system, the House also has committee power, which divides membership into specific committees to hold hearings, petition or prepare certain bills, and review other bills and guidelines. This power is significant for the new Congress, as many Democrats have already declared their intentions to subpoena the president for tax records, phone calls, and other papers to implicate him either in the Russia investigation or financial crimes.
Bill Introduction – The House of Representatives also introduces bills to Congress, and floor legislation is decided by the Speaker of the House (who will most likely be Nancy Pelosi, who was already nominated by the Democrats for full House confirmation), which, if passed, are the bills that move onto the Senate. The Democrat-controlled House will thus determine the legislation to be approved and debated by the Republican-controlled Senate.
Senate
Appointment Confirmations – Despite the publicity the House is gaining, however, the Republicans have actually widened their majority in the Senate. This has several implications for the remainder of the Trump presidency, and perhaps even the next term. While the power to impeach official lays in the House, the power to confirm officials falls under Senate jurisdiction, which means that the Republican-controlled House of the Legislature will have final say over all Trump-nominated officials to the government (a final say that many believe will allow the president to appoint whomever he wants). This might have the largest implications in the judiciary, as the president appoints federal judges to fill increasing vacancies. The judiciary, Supreme Court and district courts, are responsible for reviewing governmental action and securing important Constitutional protections, as well as checking executive and judicial overreach. Many believe that too many biased appointees will prevent objective fulfillment of those jobs.
Approval of Legislation – Due to opposite party control of each Congressional branch, there is also a large possibility of legislative deadlock, in which legislation proposed and passed in the House never passes in the Senate due to opposing party objectives, beliefs, and goals.
Governors
Election Maps – importance of gubernatorial elections is often looked over against the background of larger federal positions in Congress. In fact, many believe that the recently elected governors could determine the fate of the 2020 presidential election, because they have the power to draw political maps, which determine the electoral districts. Over the past year, due to several Supreme Court and lower cases, partisan gerrymandering has been the subject of widespread scrutiny. Many claim it unfairly advantages the Republican party, especially in states such as North Carolina, Pennsylvania, and Kentucky, but Democrats also take advantage of gerrymandering in states such as Maryland. Governors will have the power to draw the districts which give away votes in 2020, and the outcome will determine the election, many believe.