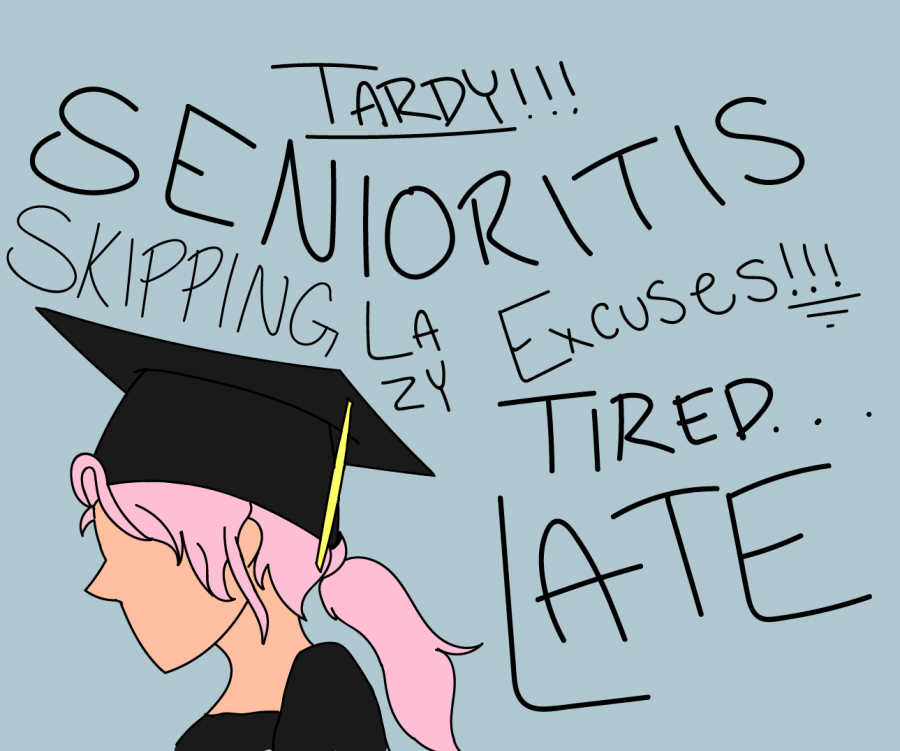 Three seniors at BVN express their experience with senioritus.

The first semester of the 2019-2020 school year has come to a close, which means graduation is near. Most students have gotten back into the swing of studying, while seniors are counting down their final days at BVN, prone to a sickness known as senioritis.

According to the Merriam Webster Dictionary, senioritis is a lack of motivation and effort from school seniors; shown by tardiness, absences and dropping grades. Three seniors, Laney Pennington, Daniel Cady, and Sam Bhatia described how senioritis has affected their year and how it’s kicking in now that second semester has begun. A study from New York University show that most cases of senioritis occur when students are riding through their final semester.

“The start of second semester is when I didn’t want to come to school. I’ve already been here for four years so I already don’t want to come,” Cady said. “I only need two classes that I have to pass in order to graduate.”

Pennington and Bhatia both said that their low number of classes is a big part of their senioritis, as well. In order to graduate, students need 24 credits; since these three seniors have taken most of the required classes, their schedules are mostly electives. Cady explained that absences from classes are the main symptom that applies to him.

“I skipped a lot last semester and I’m probably going to a lot of class [this semester]. I keep up with homework since I only have three classes…I’m in fifth hour for the beta,” Cady said. “It’s essentially a study hall with some extra steps, so I have a lot of opportunities to get my homework done before I get home.”

The opposite applies to Pennington. Tardiness and absences aren’t an issue but rather a lack of motivation for homework.

“I wouldn’t really be skipping class because my parents would lose their minds,” Pennington said. “Since I’m in an AP course… most of the homework isn’t for a grade but you should still do it. If you can perform well in class, your grade doesn’t really suffer.”

Lack of motivation for high school, in general, is a key symptom of senioritis. It’s where the mindset begins, and at the start of the school year is when it hit for Bhatia.

“For me, [this] started when I saw my grades turn out worse than the effort I was putting into keeping them up. With senioritis, I gave up and stopped trying at all,” Bhatia said. “I only worked on the classes I was good at and ignored the rest.”

The students see similar patterns within their peers as well, saying that senioritis has gotten to their friend groups and has possibly affected most of the grade, according to Pennington and Cady.

“You could ask any senior and they can tell you about [their] senioritis, especially [this] semester because college applications are due so now we’re sitting and waiting,” Pennington said.

Every second is one closer to graduation for these students and they each have their own plan afterward. They said it was a partial reason as to why they have ran thin on motivation for BVN. Cady explained that he will be attending a community college in California, while Pennington said that filling out applications affected her drastically and despite a setback, Bhatia has ambitions to achieve.

“It’s been my dream since [I was] 5 years old to become a surgeon and recently I decided I want to be a cardiothoracic surgeon. The reason why I’m tuning out high school is because of all of the classes I don’t want to take,” Bhatia said. “My idea of college is that the classes are more catered toward your potential future. I’d have to take some classes I don’t like but it’s better than the freedom we’re given in high school.”

The real question is though, will there be improvements for these habits as the year progresses? The trio of seniors all said most likely not, they’re here for the ride until they leave.

“I’m probably just going to go with the flow at this point since I’m moving in June,” Cady said. “My only two options are to stick with school or drop out and get a GED, which obviously I’m not going to do that. I’m coming to school, doing the things I need to do and try my best to stay awake.”