What Time Does This Class End? 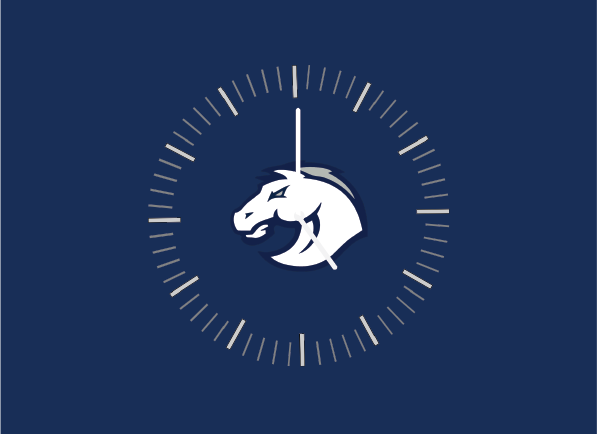 As school has started again the Blue Valley School District has released a new schedule for all high schools in the district. The district moved away from the “power hour” model and into a new block schedule.

The Blue Valley School District did not have enough minutes dedicated to academic support with the “power hour” model.

“The state mandates that [all school districts] have a certain amount of ‘seat time’ minutes throughout the course of a school year.” principal Dr. Tyson Ostroski said.

These “seat time” minutes have now been allocated to odd day advisories and even day homerooms and North Times. These periods are dedicated to academic support, each serving a particular purpose.

“We wanted homeroom to be for things related to North culture like intercom announcements or The North Report,” Ostroski said, “whereas advisory is going to be more for mental health type stuff and our counselors are going to start having lessons within that.”

The “seat time” minutes are also “no travel” times, meaning that students are not to travel from room to room during advisory or homeroom – although, students can move for the first 5 minutes of Tuesday and Thursday North Times. The only other exception for this is Friday North Times, which some may call “original North Time.”

“We’ve done small case studies and the general feedback from students is that they want to have the original North Time back,” Ostroski said, “but we have to meet the minute threshold.”

These new schedule changes may mark a new beginning for Blue Valley. BV district office administration, principals and faculty members have begun a study to create a schedule with dedicated “seat time” minutes, while also adjusting to new programs within the district.

“The way we do high school hasn’t really been reviewed for a long time, not since the early ‘90s,” Ostroski said. “We want to look at high school in a new way and reevaluate what we’re doing.”

This new schedule is not permanent, according to Ostroski. As the district study progresses, administrators will work on schedules that will be beneficial for students’ academic success.

Ostroski said that the schedule could change as soon as the 2022-2023 school year.