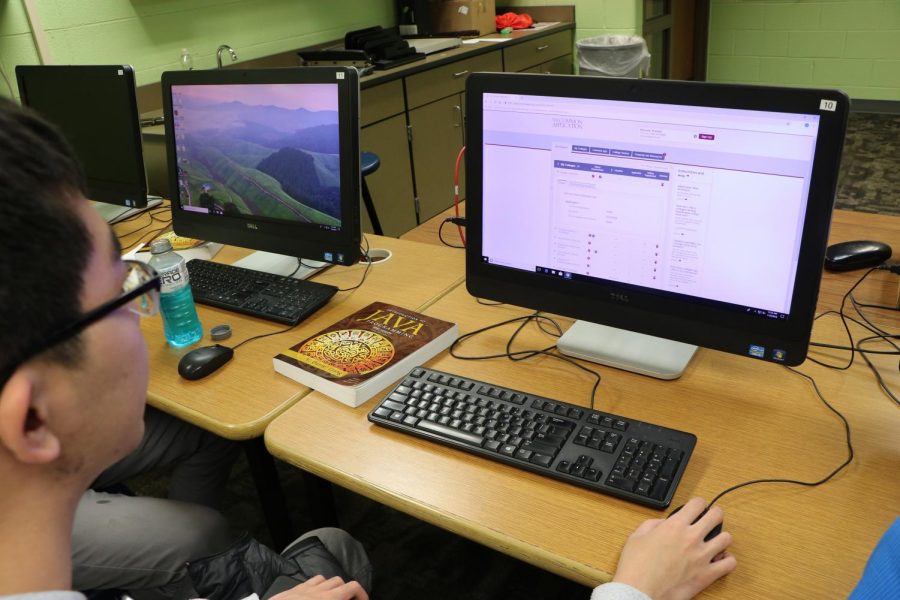 The first few months of school always pose challenges for some students, whether it be new classes or adjusting to different changes. For seniors, as they are posed with the challenge of applying for schools and determining their futures, the start of the school can be daunting. Some choose to to send their first attempts to apply for certain schools in what is called early decision, and requires effort for students to reach the deadlines required of them.

Early decision is an opportunity given to students that enables them to apply for colleges in the fall. This opportunity may create unnecessary stress and urgency because students are being required to finish an application at the beginning of a school year with less time to fully prepare. Early action provides numerous different advantages at the cost of this early work that can be crucial in helping students getting into the school they wish to get into.

“A lot of the times, [early action] is when scholarships are also due so students are also getting their applications in before scholarship deadlines, so they’re able to make a decision on where they’re going to school before students who do the regular decision application,” counselor Cory Cox said. “I think the big thing about early action is that students want to know where they’re going to go sooner. They want to be able to make those decisions towards the end of first semester or the beginning of semester. It essentially allows students to be ahead of the game when trying to figure this stuff out.”

According to Cox, the two most prominent dates for early action deadlines are Nov. 1 and October 15. Many students are aware of the strong advantages applying for early decision and put in effort to be able to submit applications before those dates. However, they also realize the struggle it poses as they balance out their time spent on important application and their work required in school.

“On one side, I think most of the teachers are pretty supportive on the fact that students are really stressed out about college applications up until deadlines, especially since a ton of students are applying for early action,” senior Mishal Mustaque said. “But also on the flip side of it, if you’re taking AP classes, for example, the expectation is still there that you do the work for that class, so you don’t just get a free pass because you’re applying early to schools and you need to work on your college applications. I think good examples for me would be AP Physics and AP Literature because the amount of homework you get in those classes can be a little daunting sometimes and can take up a lot of time you would like to reserve for applications.”

Teachers are also a big part of the process, and the same struggles to find time can also be said for teachers as well. With different requests from students to get help in the form of recommendations or guidance in polishing essays, teachers also have a need to find time to help these students out and still prepare their classes.

“I often have former AP Lang students come to me,” English teacher Diane Morris said. “So I’ve had a lot of different students come back for advice on some of the essays they’ve been working on for their college applications as well as college recommendation letters. Sometimes it can be difficult, which is okay. They’re nervous. They want to meet their deadlines and they want to turn in their best work.”

Mustaque was able to submit a number of early action applications before the deadlines, and he said that it took him much effort to get them in spending extra hours after school creating and polishing his applications and even working on them at home. However, he says that the best way to ensure finishing applications is early preparation.